While Dillon goes on a Peace Walk …”MURDER, MURDER, EVERYWHERE”

Andrea Parra
0
Spread the word
The murder rate keeps climbing at a steady rate, but Minister of National Security Edmund Dillon goes on a peace walk in Never Dirty, Morvant.
The latest is a PH driver who was shot dead in his car on Saturday morning.
Atiba “Pone” Alexander, 38, of Coquette Street, Ste Madeleine, was found with bullet wounds about the body in his car, which was parked along Old Estate Road, off Cipero Road, Bronte.
Alexander’s seatbelt was still strapped on.
According to reports, around 6.40 am, officers of the Barrackpore Police Station responded to a report of a shooting, where they found Alexander’s body in a burgundy Almera with gunshot wounds to his chest, face and neck. Several spent shells were recovered at the scene.
Alexander lived with common-law wife, Candice Ramnarine, and three children, ages 15, six and three.
Candice’s mother, Patricia Ramnarine, who lives nearby, described Alexander as a humble friendly person.
She said she last saw him around 5.30 pm on Friday but did not speak to him.
Ramnarine said he worked the San Fernando to Ste Madeleine route but did not know how he ended up in Bronte.
A neighbour called and told Ramnarine that she saw on Facebook that Alexander had been murdered. Ramnarine said she immediately called her daughter Candice, who had already left home for work.

Despite the crime situation, she said she never worried about him working taxi.

Investigations are continuing.
WOMAN STRANGLED
A 62-year-old mother of five was strangled to death at her Thomasos Street, D’Abadie, home on Saturday.
Monica Ruiz, who lived alone, was found by one of her daughters around 11.45 am. The daughter usually visits Ruiz daily to ensure she eats.
The daughter said she arrived at the house she observed the front door broken in and when she entered the house was ransacked and the television and other items were missing.
She said she immediately called out to her mother and got no response. She then ran into the room, where she found her mother unresponsive on her bed, with her hands tied, mouth gagged, clothes were torn apart and her face with marks of violence. The daughter alerted neighbours and the police were contacted.
Police suspect the criminals entered the house on Friday night and killed the woman before emptying it of all appliances and valuable items.
The District Medical Officer viewed the body and ordered its removal to Arima mortuary, from where it will be taken to the Forensic Science Centre, Federation Park, for an autopsy on Monday.
KILLED IN LA HORQUETTA
La Horquetta resident, Kevin “Calcutta” Scott, was shot dead near his Phase Seven home on Saturday morning.
According to reports, Scott, 30, attempted to flee after a white car pulled alongside him and the occupants opened fire. Despite being shot, he managed to run towards his house but was pursued and shot several times by the gunmen.
He later collapsed and died along a grassy walkway while the gunmen fled in the waiting car.
Investigations are continuing. 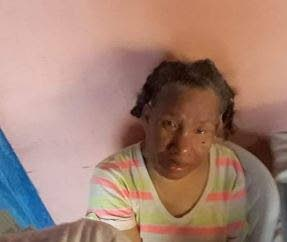 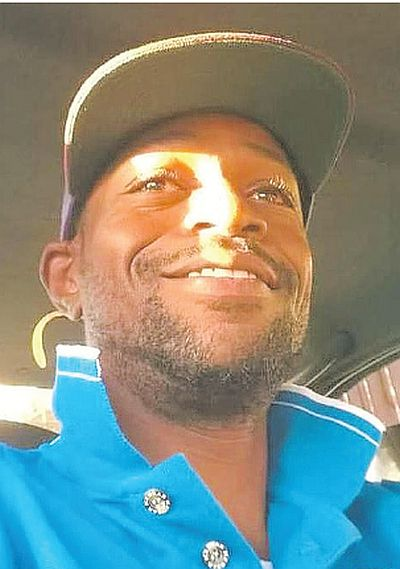