Where is Heather Barriteau? That’s the question her husband wants to be answered.

Barriteau, 35, has no children and lived with her husband, Devon Paul.

Paul said he last saw his wife as she was leaving home to go to San Fernando.

He said, “She told me she was going to San Fernando to buy some Chinese ingredients to bake a chicken ham. She was supposed to meet a girlfriend in San Fernando and they were going to do some shopping.”

Paul said, “The girlfriend was waiting for her on High Street. He called Heather and she said she was drinking a beer with a friend in a bar. She didn’t say the name of the friend. Heather told her she was going to use the bathroom and then coming to meet her.”

The female friend waited for two hours, he said, and when Barriteau failed to show she left and went home.

“Her friend called me and asked if Heather came home. I said no, but I thought it was hard to get a taxi so I gave her some time. When I saw 9pm and she didn’t return I started calling her. The cellphone was switched off. I knew something was wrong because she never left home like this before,” he said.

A missing person report was filed at the La Brea and San Fernando police stations.

“I walked down to the market and showed people her picture. I went to stores and bars. When I reached the last bar on the street I showed a female employee and she said she recognized Heather. She was sitting by the bar with a man and drinking a beer. I asked for the footage from the cameras but there was no hard drive to save the footage. The employees described the man and it appears to be someone we know well,” he said.

Barriteau was wearing a pair of purple leggings, black vest, and gray sweater.

Paul said his wife suffers from diabetes and takes medication. “We even went to the hospital because she is diabetic. She takes insulin and I am the only one who gives it to her. I am asking if anyone has her to please send her home,” he said. 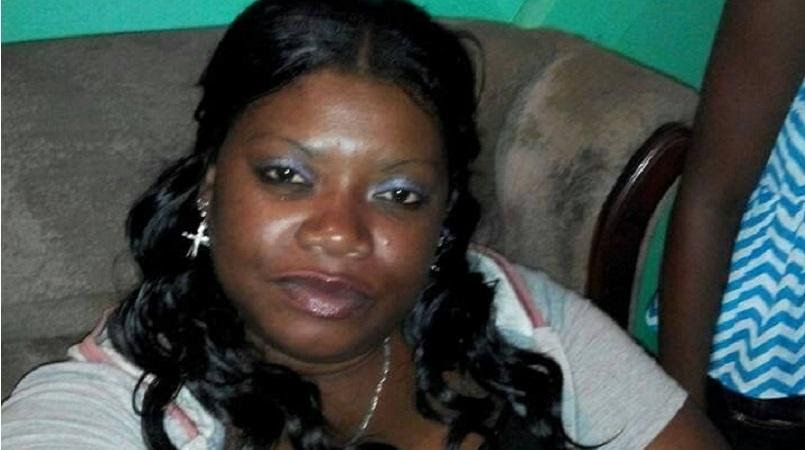