Andrea Parra
0
Spread the word
Poor Edmund Dillon!
He has been under weekly pressure for the increase in crime in this country. Now Venezuelans are threatening to take him to court for the way his Ministry has handled asylum seekers.
Lawyers representing a pair of Venezuelans asylum seekers are threatening to sue over the Government’s failure to make its official national policy for refugees transparent.
In a pre-action protocol letter sent to Dillon and acting Chief Immigration Officer Charmaine Gandhi-Andrewson Monday, lawyers for Carlos Jose Perez Arias and Maria Carolina Olivares Sahad, sought clarification on the policy and its applicability to them.
According to their attorney Darrell Allahar, the policy, which seeks to address the treatment of asylum seekers and refugees and how the State would determine their status, was passed by Cabinet in June 2014.
Allahar pointed out that it was mentioned by one of Dillon’s predecessors, John Sandy, at a meeting of the Council of the International Organisation on Migration in November that year, and by Gandhi-Andrews at a meeting of the executive committee of the United Nations High Commissioner for Refugees (UNHCR) in October 2016.
He noted that while both officials announced the policy to their international counterparts, only a draft document on the phased establishment of it was published.
Allahar added, “It is assumed in the absence of any other publicly available material that this policy statement (draft) represents the policy which had been approved by the Cabinet in June 2014 and adopted by the Government of T&T.”
He noted that the letter arose out of concerns from his clients over the Government’s role in repatriating 82 of their compatriots in April and conflicting and evasive statements from Government officials over whether some of the group were registered asylum seekers.
Allahar continued, “Having regard to the Government’s recent statements and actions as alluded above, my clients are now fearful that this country has and/or intends to deny and/or frustrate and/or undermine my clients’ legitimate expectations as set out above, as well as those of all other registered asylum seekers,.”
He requested that both Dillon and Gandhi-Andrews give written undertakings that his clients would be placed on orders of supervision and would not be deported while the UNHCR was mulling over the final decision on their refugee status. Allahar is also seeking assurances that the Government would not impose penalties against them for illegal entry until the determination of their applications and would only consider detention as a last resort.
In addition to the applicability of the draft policy, Allahar is seeking the disclosure of the Government’s standing operating procedures related to asylum seekers.
In the event that both Dillon and Gandhi-Andrews fail to respond to the letter within 14 days, Allahar will file the lawsuit on his clients’ behalf.
He also noted that they would consider converting the claim into a class action lawsuit in which they will represent all other asylum seekers in T&T, who would then be bound by the final judgement in the case.
The letter was also sent to the UNHCR, which is based in Washington, DC and the Living Waters Community, a local Roman Catholic social services NGO which coordinates asylum applications on behalf of the UNHCR. 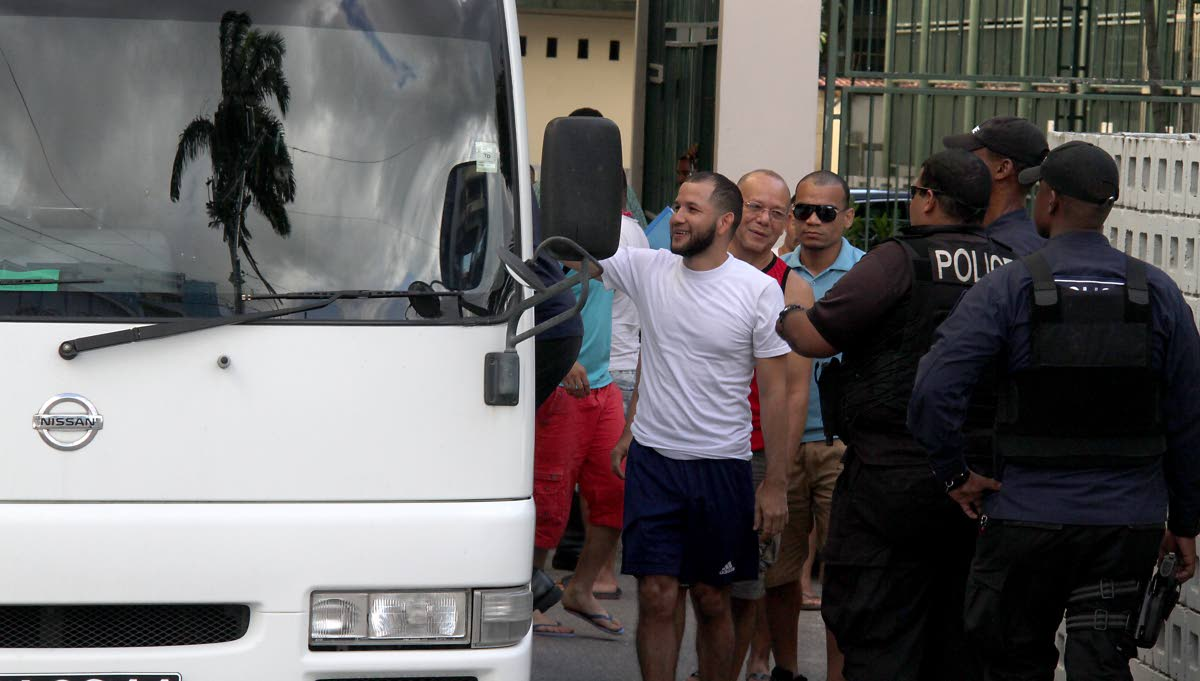