In August 2015 when Ancel Roget signed a memorandum of understanding with the People’s National Movement, he thought things would be rosey today.

Roget should have known that the PNM had always been anti-labour. So when he signed the MOU with the PNM one month before the general elections, even Roget’s die hard colleagues wondered if he was going mad.

Well, three years later, the writing is on the wall. Roget is fuming at this Government. He never had a chance to get his way. Poor Ancel.

Now he wants to march on the official residence of Prime Minister Dr Keith Rowley in St Anns.

Roget has summoned his blue shirt army to the Prime Minister’s official residence on August 26where they will kneel and pray for Petrotrin and Trinidad and Tobago.

Warning that Petrotrin was on the brink of disaster, Roget called on all workers of the State-owned oil and gas company to mobilize while addressing them in front the company’s Pointe-a-Pierre Refinery on Monday evening.

Roget said if Petrotrin’s chairman Wilfred Espinet was not removed he will be making an announcement on the way forward.

He continued, “It is time for us to enjoy the fruits of our labour. Stand up and fight because nobody will fight for you. Come out in your blue.

Roget said Petrotrin’s Board was focused on sending workers home and has no plan to rescue the company which is in crisis.

“We hear they are starving the (the company’s) hospital of basic supplies, no food, no milk, no basic necessity to run the kitchen and there are a significant number of vacancies so the hospital is sick, it needs a hospital right now.

“Four divisions, hospital, refinery, land operations, Trinmar. Each one under separate management but accountable to the board of directors. Out of that, you can then charge the various management for the responsibility for all of those divisions, we agreed on that.”

However, he said five months from that 18-month period have gone and nothing has been done.

Calling on workers fight back, he said, “On social media, they paying people to blog, to put misinformation and target Petrotrin workers. For far too long we remained quiet and took all the nonsense, for far too long, we have the capacity to respond but we remained silent.”

He said a comprehensive financial audit report for last year’s financial year, put Petrotrin’s total operating cost at $20.8 billion while the salary and benefits cost was at $2.3 billion which worked out to 11 per cent of the operating cost. 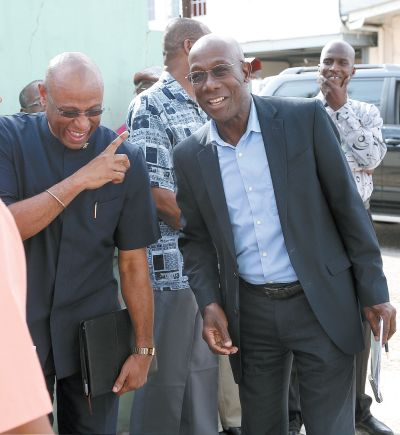