State of Emergency in Jamaica …”MURDERS DOWN”

Andrea Parra
0
Spread the word
Prime Minister Dr Keith Rowley is on record as saying that a state of  emergency to deal with the escalating crime problem in Trinidad will bear no fruit.
He said the state of emergency will damage the economy and it will be extremely difficult to bounce back. Rowley, who is chairman of the National Security Council, seems clueless at this time when the murder toll has reached 305 so far for the year.
Well his Caricom colleague, Jamaica’s Prime Minister Andrew Holness, is singing a different tune. This is what Holness had to say.
Holness says the State of Public Emergency in St. James is not only reducing crime in the parish but has resulted in a downward trend in the national daily murder rate.
“If you look, you will see that at the point of the declaration of the state of emergency, the average daily murders have fallen from 4.65 to 3.44, nationally,” he said in the House of Representatives on Tuesday when the Emergency Powers (Continuance) Resolution 2018 was passed, extending the State of Public Emergency in St. James until November 1, 2018.
All 52 members of the Lower House who were present voted unanimously in favour of the motion. Eleven members were absent.
The special security measure, which was declared by the Prime Minister on January 18, has seen a significant drop in murders in St. James.
There were 51 murders in the police division for the period January 1 to July 7, 2018 representing a 67 per cent decrease when compared to the corresponding period last year.
“The actions of the security forces have had a significant impact on reducing the opportunities for gangs to engage in criminality and to move freely within the space,” the Prime Minister said.
He noted that as recent as last Friday, “a significant person of interest” was intercepted and arrested at a checkpoint.
Additionally, Holness informed that the security forces were going after more wanted persons and the financiers and main facilitators of crimes.
St. James recorded 335 murders and 255 shooting incidents in 2017, the majority of which occurred within traditional hotspots.
Up to the June 30, a total of 2,729 persons were detained in the parish, with 175 charged for various crimes.
Twenty-five were charged for murder, 27 for shooting with intent, 13 for robbery, 10 for rape, 28 for other sexual offences, and there were 72 other charges.
The Prime Minister informed that 20 persons have been detained or charged as gang leaders or members of gangs and 46 illegal firearms were recovered, many of which were directly linked to gang leaders and members.
During the State of Public Emergency, the security forces have the power to search, curtail operating hours of business, restrict access to places and detain persons without a warrant.
It also gives them power to stop and question persons and power to seize property. It allows them to control public gatherings and control movements. 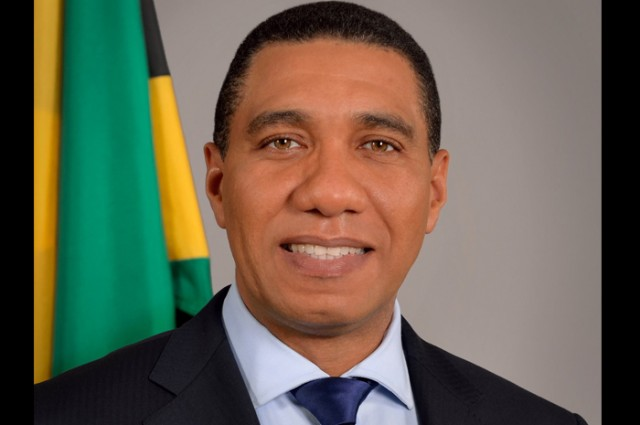