Roodal calls on Faris to step down

Andrea Parra
0
Spread the word
Member of Parliament for Oropouche East, Dr Roodal Moonilal, has called on Attorney General Faris Al Rawi to step down following a report by the military into the training of children at Cumuto Barracks.
Moonilal issued the following statement:

“I extend commendation to the Trinidad and Tobago Defence Force on undertaking and completing an internal inquiry into the “children with automatic weapons” scandal, as reported in the press.

However, I believe that the Trinidad and Tobago Defence Force must make public the report of this investigation into the children of a senior Cabinet Minister posing with high powered weapons at a military facility at Cumuto.

As the person who, on October 11, 2016, disclosed this act of lawlessness, I call on the Defence Force to honour its responsibility and publicly share the findings of its probe.

Following my revelation, I had provided the Defence Force with the relevant photographs of what I verily believed to be the children of a government Minister posing with high-powered weapons.

The Defence Force must be commended for its independent enquiry, which uncovered that “procedures were not properly followed…” But the full findings must now be revealed to the national community. This is particularly critical because of the sharp criticisms of the Defence Force by Prime Minister Dr. Keith Rowley following my expose. Dr. Rowley had sought to demean the Defence Force and to undermine its integrity and professionalism. The Prime Minister had also publicly attacked me for airing a matter of obvious public interest.
In addition, the Attorney General Farris Al Rawi had adopted a posture of injured innocence and had criticised me for exposing a clear breach and abuse of office and a possible breach of the criminal law and of gross recklessness by a senior Government official.
The public also deserves to know the facts because of Mr. Al Rawi’s important national office of Attorney General, which also makes him titular head of the bar.
The matter calls into question Mr. Al Rawi’s judgment, reliability and temperament.

In the public interest, there must be disclosure of the full findings of the investigation into an episode of alleged lawlessness, vulgar breach and abuse of office, absence of accountability and blatant political cover-up.

The Defence Force must state clearly what procedures and policies were breached? By who? And what action has been taken to hold those persons accountable?

The Defence Force, having admitted to this event as occurring at one of its highly-guarded facility must also state categorically the identities of those children.

I further demand that this sordid affair be the subject of a full inquiry by the Joint Select Committee (JSC) on National Security at the Parliament of the Republic of Trinidad and Tobago. And the report from the Defence Force be sent urgently to His Excellency the President and Commander in Chief of the Armed Forces.

In the circumstances, I call on Faris Al Rawi to step down as Attorney General pending the full outcome of this matter. The Attorney General may yet have to answer a charge of misbehavior in Public Office.

I also urge the Defence Force to safe guard and preserve the report into this matter since an incoming UNC government will take action to hold any and all office holders in the PNM government accountable for any incidents of misbehavior in public office or any breach of the criminal law. 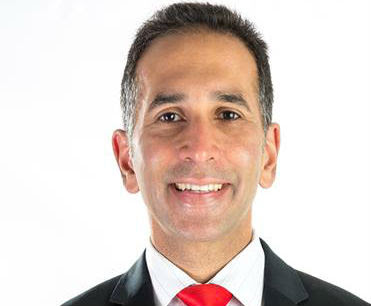