Professor’s son arrested in Orlando …”WE WILL PROVIDE SUPPORT”

The family of a Trinidadian student charged with trying to steal a jet plane at the Melbourne International Airport in Orlando on Thursday, will provide him with all the support necessary.

Nishal Sankat, 26 remains in custody in Orlando. He is the son of former University of the West Indies Principal, Professor Clement Sankat.

The Sankat family, in a statement on Thursday night, said they were providing legal, mental, emotional and parental support.

Nishal Sankat, was arrested after climbing the airport perimeter fence around 2 am on Thursday, and boarding an American Airlines Airbus undergoing maintenance on the tarmac.

He was arrested after the maintenance crew challenged him and alerted law enforcement officers.

There was a lockdown of the airport and several flights were delayed while the airport was searched.

Sankat, a former pupil of Hillview College, has been charged with a visa violation, criminal trespassing and with attempt to steal an airplane.

No motive has been given.

According to reports, Sankat received his pilot’s license eight months ago, has a Florida drivers’ license but came to the United States via Canada.

Professor Clement Sankat and his family appreciate the many inquiries and calls of support they have received as they go through this extremely difficult period.

At this time, they have not yet been able to speak with their son, and since they have limited information, are still trying to ascertain all the facts surrounding the incident, and his well-being.

As expected, their focus right now is on providing all the legal, mental, emotional and parental support possible.

What has occurred acutely underscores to the family the need to be aware of the challenges young students face, especially those living away from home and family. 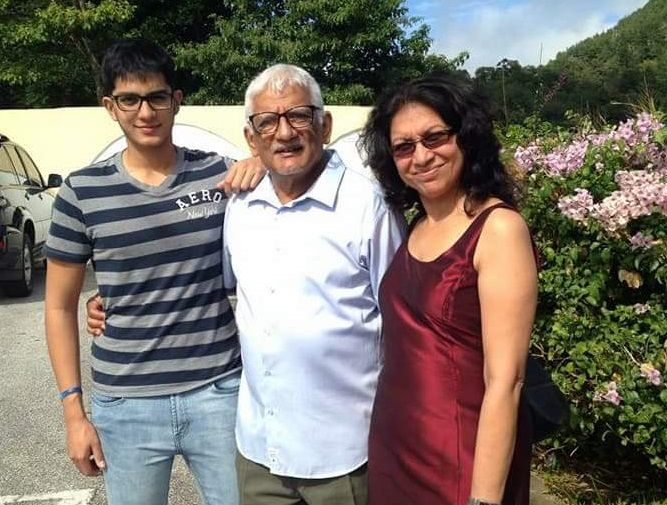 NISHAL SANKAT AND HIS PARENTS