Andrea Parra
0
Spread the word
The suspension or the charging of police officers is continuing and if that trend continues, we may wake one day to no police officer on duty.
Three more officers have been suspended.
Acting Commissioner of Police, Stephen Williams, has suspended three police officers who were at a Cedros beach when their patrol vehicle sank into the sand.
The officers were placed on suspension until the completion of the investigation by the officers of the Professional Standards Bureau regarding the circumstances which led to the officers using the police patrol Suzuki Vitara vehicle when it became stuck.
An initial police report stated the three police constables indicated they were investigating information on illegal drug smuggling on June 9.
The constables are attached to different stations within the South Western police division but went with one vehicle to the beach at daybreak.
Two of the officers say they were confronted by suspects and ran into a mangrove when they became afraid for their lives.
The third officer drove onto the shore with the SUV. The vehicle suddenly stopped and efforts to restart it proved futile as the tide rose and it became submerged in the water.
Two officers were taken to the Point Fortin Area Hospital.
The report said due to poor lighting conditions attempts to pull the police vehicle out proved futile.
The SUV remained on the beach overnight and was pulled out using a tow truck on Sunday. 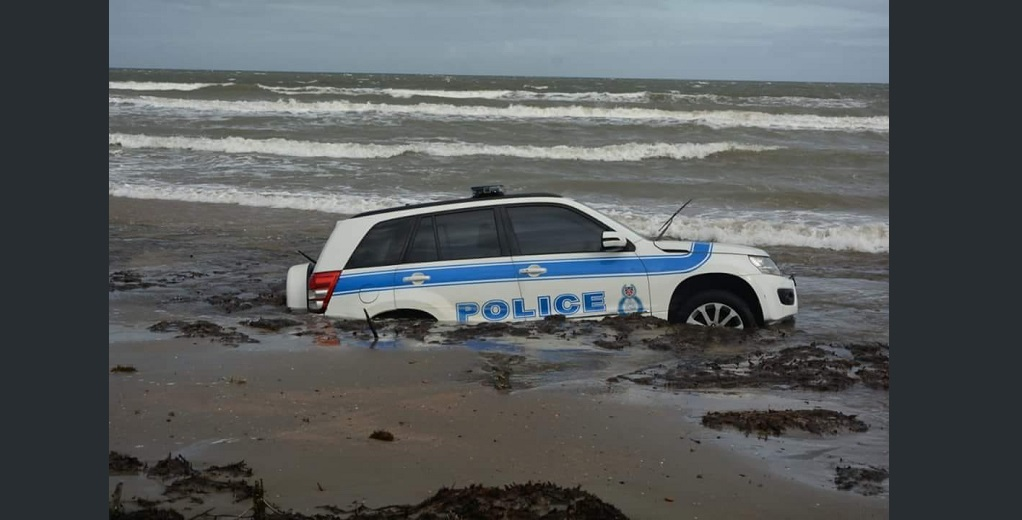