Andrea Parra
0
Spread the word
He was full of ole talk on the campaign trail in 2015. When he became Minister of Education, Anthony Garcia called press conferences for so to tell the national that the PP Government wasted money on education.
He blasted the PP Government for buying laptops for children who passed the SEA exams and went into secondary school. He stopped the programme and Form One students over the last three years remained empty-handed where laptops are concerned.
Well, the Minister who has taken education downhill, has changed his tune.
Guess what!!! Laptops costing a whopping $50 million are coming for September. Not for the Form One students, but for all schools. Really Garcia!
Garcia said from September, secondary school students can look forward to new, high performance laptops as additions to their learning material.
Garcia said the ministry was finalizing the purchase and distribution of the laptops after an estimated $15 million was made available from the Ministry of Finance. However, unlike the previous programme, the current arrangement would limit the laptops’ use during school hours and will only be made available at the request of a teacher.
Garcia added, “The previous programme which was in place where each child was provided one laptop each year allowed for a lot of wastage and I can assure you that about 90 per cent of those laptops either ended up in the waste bin or were left to collect dust in some cupboard where they weren’t being used.”
Garcia said the laptop’s warranty, while initially valid for only six months were extended to three years as part of agreement with providers and expressed optimism that they would be useful additions to the teaching apparatus. He added that 100, three-year contracts of IT technicians have been approved by the Ministry, who will be dispatched to different schools, and will be responsible for the maintanance of the devices.
Chief Education Officer Harrilal Seecharan said he expected the procurement process for the devices to be completed by July, in time for the reopening of the new school term in September. He said in the past there were challenges by teachers who were not properly trained in the use of the laptops and said teachers were exposed to 35 hours of training to ensure they were capable of using the devices from the new academic year.
He added, “In addition to the laptops there will be the provision of storage and charging cards, a number of schools there were a number of issues with respect to charging laptops. Providing laptops for use by students also requires that teachers be adequately trained to use the laptops.” 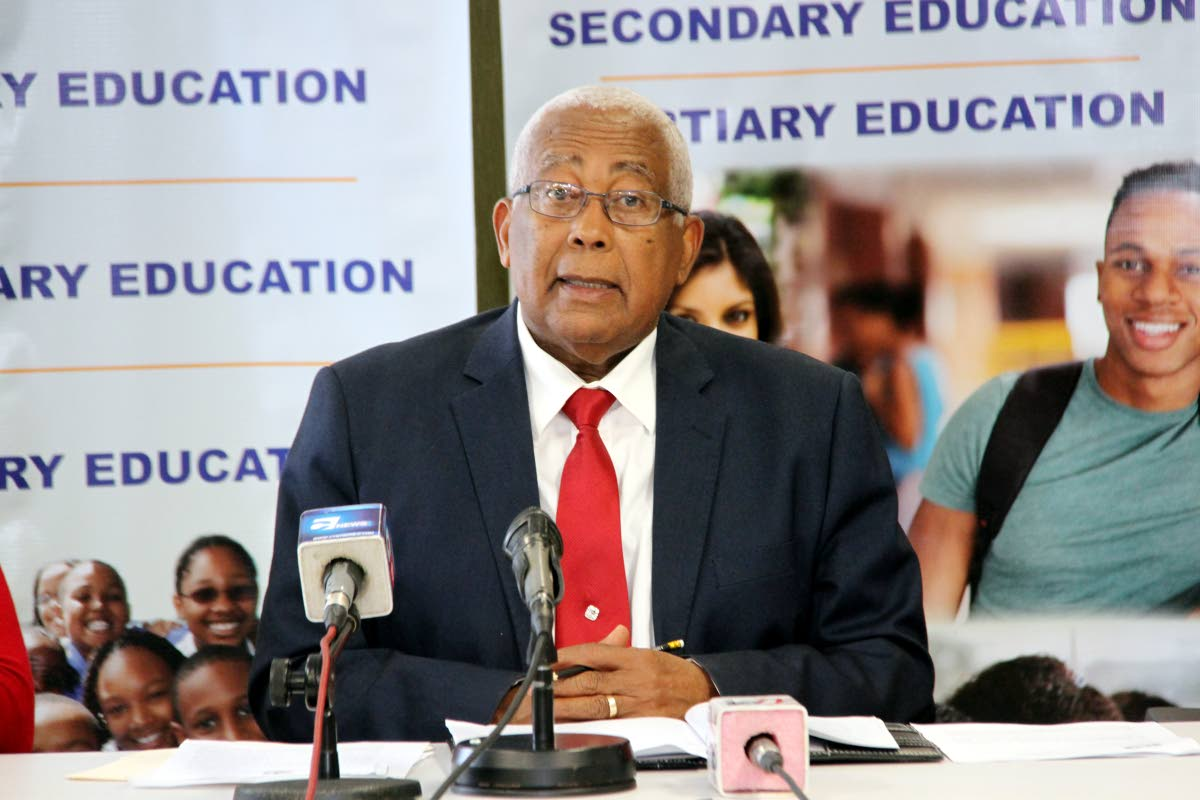 Breaking News
3 UNC MPs were not happy …”WHO ARE THE UNHAPPY PNM 3?”

Breaking News
Is there a decline in the standard of education? …”GARCIA UNDER PRESSURE”
PP, SEA, trnidad and tobago