Government and unions meet …”NO BACKING DOWN”

Government is not backing down on the decision to close the Petrotrin refinery.

That was made quite clear to the trade unions which met with the Prime Minister, Dr Keith Rowley and members of his Cabinet on Thursday. Now that this has been spelt out to the unions, it is now left to be seen what is the response of the labour leaders.

Minister of Panning, Camille Robinson-Regis, said the Government and the Oilfield Workers Trade Union (OWTU) agreed to disagree about re-examining the viability of the Pointe-a-Pierre refinery.

She added, “What the union now wants is for the government to re-examine its position as it stands with the decision to close the refinery. The government is firm in its view that the decision cannot be re-examined at this time because we have looked at this situation for a year-and-a-half now. It is time for us to make the move to ensure the haemorrhage at the refinery does not continue.”

Government made an announcement last week that effective October 1, it will start the process of closing the refinery. Their argument was that the refinery was unprofitable, losing an estimated $2 billion a year.

The union had claimed it was not part of these initial discussions, but Robinson-Regis said the union said it had made a proposal to the board and the consultants, Solomon and Associates, about how the refinery could continue.

The meeting on Thursday lasted just under three hours, and was chaired by the Prime Minister. Six Cabinet members and 18 union members attended.

On the agenda, Robinson-Regis said, was Petrotrin, daily-rated pensions, negotiations, including those outstanding for collective bargaining for periods that have not started, non-payment of arrears, and retrenchment. For some reason, Rowley did not attend the media briefing after the meeting, pushing Robinson-Regis, Energy Minister Franklin Khan and Minister in the Finance Ministry, Allyson West, in the firing line.

The meeting also considered the impact on workers as well as the fence line communities. West said over the next two years a significant portion of the Public Sector Investment Programme will be allocated to San Fernando and environs.

As far as Robinson-Regis was concerned, nothing new came out of the meeting. She said the union had called for the meeting and the government granted it to see if anything new would come out.

She added, “The OWTU brought nothing new to the table.”

The next step from here will be for the board of Petrotrin and the OWTU to work out the settlement packages for workers. The panel, particularly Khan, was asked about the future of the assets, since Petrotrin chairman Wilfred Espinet has been adamant that it will not be sold, mainly because nobody would want to buy it. Rowley, however, has alluded to the formation of a holding company for the assets, even offering the union first preference in his statement to the nation last Sunday.

Rowley added, “I never said it was for sale, but we are willing to talk to anyone who sees an opportunity that we cannot capitalize on. The State is obviously willing to talk because no matter what spin we put on it, the refinery will have salvage value at a minimum or some operational value based on the type of business model somebody brings to the table.”

Khan could not say if there were any offers for the sale of the refinery. He said: “We haven’t reached there yet, dear.

We are in a position now where the refinery will be closed and then obviously the next phase, as the Prime Minister said, is tomorrow’s job.” 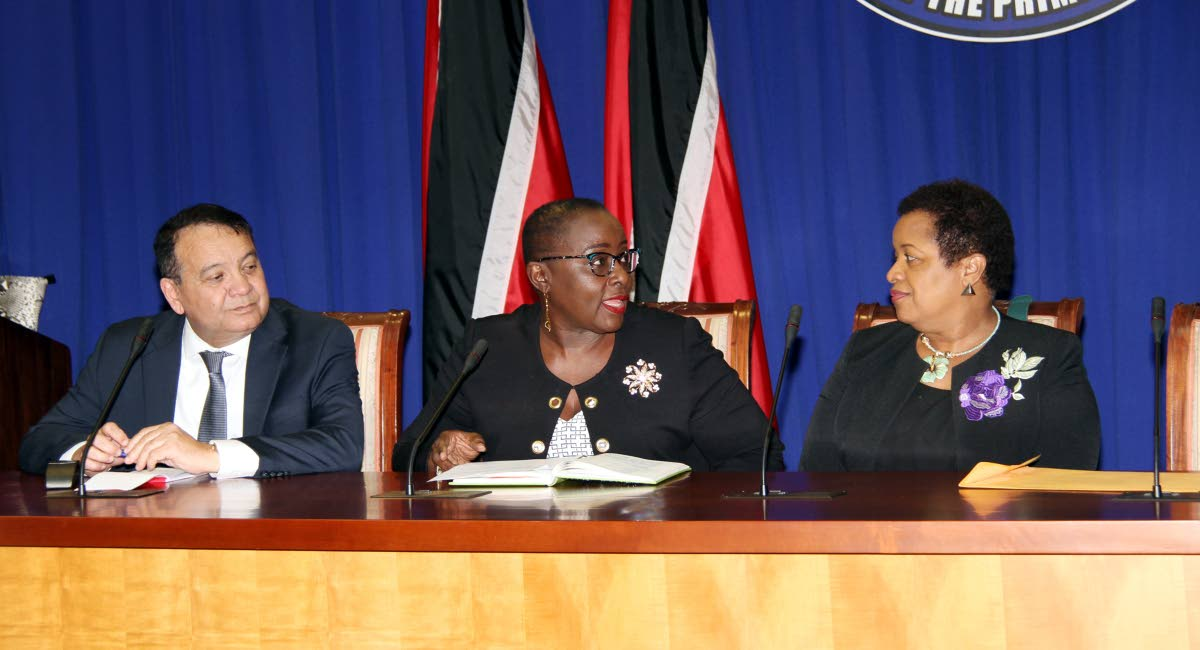 ANCEL ROGET SPEAKS TO THE MEDIA

Breaking News
Closure of Petrotrin will …”MASH UP SOUTH”

Analysis
Petrotrin haunted by mistakes of 1993