Five months after his death, former Prime Minister Patrick Manning was on the losing end of a judgment delivered by the London-based Privy Council on Monday.

The Privy Council ruled against Manning and his Cabinet in favour of former Industrial Court Member, Sam Maharaj.

In a 17-page judgment delivered, the Law Lords allowed Maharaj’s appeal and remitted it to the High Court to determine compensation for the former trade unionist.

The Privy Council used two Trinidad and Tobago cases – Crane v Rees; and Ramjohn v the Attorney General, to rule that Maharaj was unfairly treated by the Manning Government.

Maharaj is also entitled to costs, to be determined within 21 days. The appeal was heard before Lady Hale, Lord Kerr, Lord Reed, Lord Carnwath, and Lord Hughes. Robert Strang appeared for Maharaj, while Thomas Roe QC and Hafsah Masood, represented the Cabinet of Trinidad and Tobago.

(Excerpt from the judgment)

The appellant, Sam Maharaj, brings this appeal against the decision of the Court of Appeal of Trinidad and Tobago not to award him damages in a claim made by him against the Prime Minister and the Cabinet. That claim was made because the Cabinet had decided that Mr. Maharaj should not be reappointed as a member of the Industrial Court.

In November 2000, Mr. Maharaj became a member of the Industrial Court. He was appointed to that position by the Acting President of Trinidad and Tobago under section 4(3)(c) of the Industrial Relations Act (the Act). In making the appointment the Acting President had proceeded on the advice of the Cabinet, as required by section 80(1) of the Constitution of Trinidad and Tobago.

Section 5(1) of the Act provides that members of the Industrial Court shall hold office for a period of no less than three and no more than five years. The same provision stipulates, however, that members shall be eligible for reappointment.

When he was approaching the end of his first period of appointment, therefore, Mr. Maharaj wrote to the president of the Industrial Court, Addison Khan, on 15 September 2003 telling him that he wished to be reappointed. Mr. Khan then wrote to the Attorney General, informing him of Mr. Maharaj’s wish and recommending that he be reappointed for a further term of five years. Mr. Khan told the appellant that he had made this recommendation.

The appellant did not receive a response to his request for reappointment and so he wrote again to Mr. Khan on 23 October 2003. In his reply to that letter on 29 October, Mr. Khan told the appellant that he had submitted a recommendation to the Attorney General that Mr. Maharaj should be reappointed for a term of five years and that the Attorney General had assured him that the recommendation would be placed before the Cabinet.

Nothing further was heard from the Attorney General or the Cabinet and since Mr Maharaj’s term of office was due to expire on 17 November 2003, Mr Khan wrote to the President of Trinidad and Tobago on 13 November asking that the appellant be permitted to continue in office for a period of three months after the end of his term so that he could deliver judgments or do anything necessary in relation to proceedings that had begun before his term of office expired.

On 14 November, the President gave permission to the appellant to continue in office during that period. The request made by Mr. Khan and the permission granted by the President were made pursuant to section 4(9) of the Act. 6. The appellant had still not heard whether he was to be reappointed when three new members of the court were appointed in December 2003.

Indeed, even when another new member was appointed in January 2004, there was still no news as to whether he was going to have a further term on the court. On 8 January 2004, therefore, lawyers acting on behalf of the appellant wrote to the Attorney General asking for information about his reappointment. No reply to that letter was received.

On 26 January 2004, the appellant issued proceedings seeking permission to apply for judicial review of the Cabinet’s failure to reappoint him. On 30 January he was given permission to proceed with his application. On 2 February 2004, the appellant issued a Statement under Order 53 of the Rules of the Supreme Court in support of his application for judicial review. Among the claims made by him in this statement was a claim for “damages including damages for … contravention of [his] rights under sections 4 and 5 of the Constitution”. He also sought an order of mandamus, requiring the Cabinet to act in accordance with the recommendation of Mr. Khan that he be reappointed and directing the Cabinet to advise the President to reappoint him.

On 27 February 2004, the respondent filed three affidavits in defense of the appellant’s claim. One of these had been sworn by Lawrence Achong. At that time Mr. Achong was a minister in the government of Trinidad and Tobago with responsibility for labor and management resources. He deposed that he had been a member of the Industrial Court from November 1994 until November 1999.

During that time, Mr. Achong claimed, from his observation of the appellant, he had formed the view that Mr. Maharaj could not write, read or speak properly and was therefore not suited to be a member of the Industrial Court. On that account, he opposed the reappointment of the appellant when the matter came before the Cabinet. No-one else spoke on the matter, according to Mr. Achong, and Mr. Maharaj was not reappointed. Mr. Achong stated that the view which he had expressed in Cabinet was one which he had voiced previously.

In September 2001 he had been a member of the House of Representatives when, during a debate on the budget, he had named Mr. Maharaj as someone who could not read, write or speak properly. This was said in the context of Mr. Achong’s previous membership of the court. He referred to having received written evidence and arguments from “various advocates … representing various parties”. Mr. Achong went on to assert: “Mr. Speaker, I was a member of that court for a considerable length of time and therefore as a member you receive your written evidence and arguments from the various advocates who are representing various parties.

“There was a particular gentleman who could neither write, read properly nor speak properly, and this Government had the effrontery to force him on the court. It is causing untold damage down there and the court is fast becoming the laughing stock of Trinidad and Tobago when you have a judge sitting there who ‘cyar’ (sic) read nor write nor speak properly. That is – [Interruption] I will call name – Sam Maharaj.” In a replying affidavit, the appellant strongly disputed Mr. Achong’s claims.

He referred to 13 judgments which he had written during the time that he had been a member of the Industrial Court. He also said that he had not been aware of any adverse comment about his ability to read, write or “speak properly”. Moreover, he claimed that he had never met nor had any contact with Mr. Achong. He suggested that, during the time that Mr. Achong was a member of the Industrial Court, he could not have been in a position to make any assessment of the appellant’s abilities, since Mr. Maharaj had never appeared before him.

Mr. Maharaj had not “interacted” with Mr. Achong during the time that he was a member of the Industrial Court, he claimed, and he was therefore “surprised and taken aback” by the assertions that Mr. Achong had made. He suggested that those assertions were “mischievous and unwarranted”. The appellant accepted that Mr. Achong may have had sight of union documents relating to disputes involving the union of which he had previously been a member.

He speculated that those documents might have contained his name and signature but they were not prepared by him. Although not stated by Mr. Maharaj, the implication of this reference appears to be that Mr. Achong may have formed a view about his ability on the basis of those documents but, for the reasons given, he was not to be judged by their contents.

He pointed out that there had been no adverse comment about the discharge of his duties as a member of the Industrial Court and that the President of the court had recommended that he be reappointed for the maximum term possible. Finally, the appellant exhibited to his replying affidavit various certificates in relation to his educational and professional achievements.

The respondent did not counter any of the claims that Mr. Maharaj had made in his replying affidavit. No further affidavit from Mr. Achong was filed. When the matter came before Myers J on 13 February 2004, therefore, the claims of the appellant set out in his replying affidavit were unchallenged on two critical issues:
1. That he was fit for office as a member of the Industrial Court; and
2. That the respondents had failed to inform him of the decision not to reappoint him or to provide him with the reasons for that decision.

The application for judicial review was heard over six days between 2 and 17 March and 23 April 2004. Remarkably, judgment was not delivered until 24 April 2012. Even more remarkably, no explanation has ever been offered for this inordinate delay.

The appellant had relied on a number of grounds in his application for judicial review. These included: the frustration of a legitimate expectation, breach of an implied representation by the Cabinet, lack of reasonable grounds for its decision and failure to observe the requirements of the doctrine of separation of powers. (The last of these occupied most of the submissions made.)

Although somewhat fleetingly referred to, the oral arguments made on behalf of the appellant included the claim that there had been a breach of section 4(b) of the Constitution which, among other things, declares that the protection of the law is a fundamental human right of every individual.

It was also claimed that the appellant had been deprived of natural justice in that fairness demanded that he be given the opportunity to be heard in relation to the allegations made about him by Mr. Achong and that steps should have been taken to check whether there was any substance in those allegations or whether they were groundless.

The appellant also contends, of course, that he is entitled to promote a claim for the loss of a chance in that his application to be reappointed was not treated on a fair basis and that if it had been, he might well have been reappointed. Alternatively, he claims that, as a matter of probability, it ought to be determined that he would have been appointed. The Board is satisfied that these are matters to be assessed by a judge conducting a fact-finding an exercise which the claims require.

The appeal will be allowed. The matter will be remitted to the High Court for that court to give directions as to how the assessment of whether the appellant is entitled to compensation and, if so, the amount of that compensation, should be undertaken. The Board invites the parties’ submissions about the precise terms of the order and on the question of costs within 21 days. 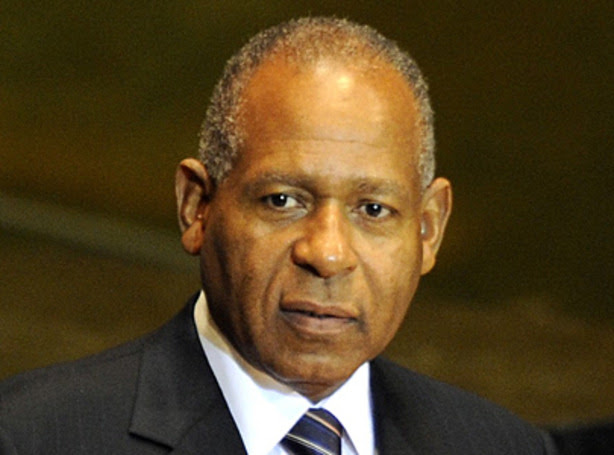