Former HDC boss speaks out …”WHAT UNC DID FOR BEETHAM”

Unlike the People’s National Movement (PNM) Government, the former United National Congress (UNC) administration did a lot for the people of Beetham Gardens and east Port-of-Spain.

That is the boast of Jearlean John, former managing director of the Housing Development Corporation (HDC) and now deputy political leader of the UNC. She was responding to the wetting which acting Attorney General Fitzgerald Hinds got from residents of the Beetham on Tuesday.

John added, “The frustrated youths who have suffered from a lack of opportunities, poor infrastructure and joblessness, yesterday expressed their hopelessness with the circumstances in which they have found themselves, by splashing water on Fitzgerald Hinds. With each drizzle of rain, their homes are flooded out, largely because of the inadequate draining system which has become the abode of snakes, alligators and mosquitoes.

“The frustrated youths referred to by Hinds as ‘imps’ and ‘clowns chose to vent their frustration by splashing him with water. The youths of Beetham have decided that they will not continue to be a dependable vote bank for the PNM. They will no longer be willing participants in the bleak existence the Rowley PNM has prescribed for them, but will instead fight for a better future in the land of their birth.”

She said under the former PP Government the youths were not neglected.

John said small contractors from Beetham Gardens were contracted by the HDC to undertake remedial works in Phases 4 and 5, where over 60 houses were retrofitted with firewalls, ceiling, and painting.

She said the St Joseph Road, Laventille, buildings 1-7 were re-painted, windows replaced, new plumbing was installed, roofs were repaired and the staircase of building 7 was replaced, among other works.

John listed several projects undertaken by the HDC to uplift and motivate the communities of Mango Rose, Plaisance, Clifton Street and others.

She said the intensive management of the various HDC communities along the East West Corridor ensured that persons resident within these communities were consistently employed, and the sense of security, order, discipline and safety was all pervasive.

She added, “The PNM is well aware of the work that was done under the People’s Partnership to improve the lives of the people of these communities. MP Hinds and the PNM are now desperately trying to point fingers and blame at other parties, when they need only look in the mirror to see who must answer to the people of Beetham Gardens.

“I call on Hinds and his political leader to stop deflecting from their incompetence and inability to get anything done in this country and get down to fixing the problems that are affecting people. If you cannot do the job, the time is long overdue for you to step aside and give the people the change to elect a leader and a team that are capable of making things right.” 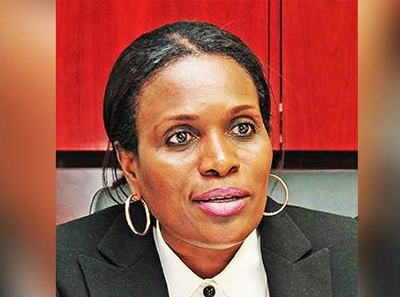 Breaking News
8 years ago he talked about court-martial …”TODAY, TREASON IS THE WORD”
HDC, PNM, UNC