Death of a soldier …”MOST SUSPICIOUS”

He intends taking legal action if the Defence Force does not investigate the circumstances surrounding Samaroo’s death. As far as the police and army are concerned, Samaroo’s death has been ruled a suicide.

In a letter to the Chief of Defense Brigadier General Rodney Smart, and copied to Attorney General Faris Al Rawi and Minister of National Security Minister, Edmund Dillon, Sturge said that Samaroo death was suspicious, based on his injuries and how he was found.

Samaroo died on Tuesday night at hospital, hours after being found in a dormitory at Camp Cumuto, Wallerfield.

According to the post mortem report, Samaroo died from a gunshot wound to the head and and also sustained a number of broken ribs, said Sturge.

Sturge said that the public and the family of Samaroo have a right to know the circumstances under which he died and if there was an wrongdoing in relation to his death.

He said that it was reported that Samaroo was transferred to Camp Cumuto as a warrants officer clerk II, after which he became increasingly depressed.

Samaroo was found in a slumbered position in his quarters around 9:50 a.m. on Tuesday. He was treated by medics and later transferred to the Arima Health Facility and the Eric Williams Medical Sciences Complex, Mount Hope.

In the letter, Sturge stated: “There should be an effective official investigation when individuals such as officer Samaroo have lost their lives in suspicious circumstances while on duty as a servant and or agent of the State. This officer lost his life while on duty at an army base under your command.”

He said that it is a matter of great public importance that the requires expeditious action on the part of the State.

Sturge added: “Should there be no action on the part of the Defence Force and the State in this matter, I hereby formally give notice that I shall be challenging the failure of the State to initiate a proper investigation in accordance with my request herein in the High Court in the public interest.

“I wish to emphasize that the request for the investigation into the death of this officer is not one which ought to be triggered by anyone but one which should have been commenced forthwith by the State in the fulfillment of it substantive and procedural constitutional obligation to the deceased officer.”

Samaroo will be accorded a military funeral on Saturday, even though Regiment officials have deemed his death a suicide. 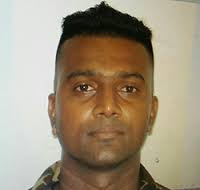