Former Education Minister, Dr. Tim Gopeesingh, said his successor, Anthony Garcia, must be held responsible for the on-going crisis at Ste. Madeleine Secondary School, which descended into the stoning of teachers on Monday.

In a media release issued on Wednesday, Gopeesingh, Member of Parliament for Caroni East, pointed out that for months, there has been unease, including sporadic incidents of violence, at that institution.

“Some of the student skirmishes have been captured on camera and remain posted on social media as dark illustration of the serious challenges facing the school.

Minister Garcia would have been aware for months of the burning issues involving the administration and students of the school.

The Ministry of Education never intervened even with the deepening of the matters involving the principal.

Monday’s unfortunate incident may have been averted with effective, timely and responsible ministerial intervention.

The Minister’s indifference to the agitation and upheaval at Ste. Madeleine Secondary School is replicated with respect to other institutions of learning where there are similar disciplinary crises.

Mr. Garcia’s apathy contrasts sharply with the response to schools’ violence of the People’s Partnership Administration, which had increased the number of professionals in the Student Support Services Division.

Many teachers were trained in Alternative Dispute Resolution. Learning Enhancement Centres were established to provide counselling to suspended students.

There was collaboration with the Minister of National Security. Generally, a number of targeted policies and programmes were instituted.

Under Mr. Garcia, many of the initiatives have either been dismantled or not afforded the requisite resources, even as violence remains an undesirable aspect of the public education system.

Mr. Garcia’s ineptitude on this urgent and crucial issue compounds the sharp decline in the education sector under his leadership.

There has been a reversal in the historic academic achievements in SEA and CAPE and the schools and Early Childhood Care and Education Centres construction programme has been discontinued.

In addition, Mr. Garcia has declined to replenish textbooks, he has scrapped the computer laptop initiative and development of ICT competence, has shutdown Homework Centres and reduced the number of annual scholarships.

Further, the Continuous Assessment Component has been abandoned and the Government Assistance for Tuition Expenses (GATE) has been severely curtailed.

In 18 months, the Government has witnessed a dramatic reversal in the education system which the People’s Partnership Government had carefully crafted as one of the critical pillars in developing a learning society and a modern, successful and growth economy.

That is the report card of a colossally failed Minister of Education.” 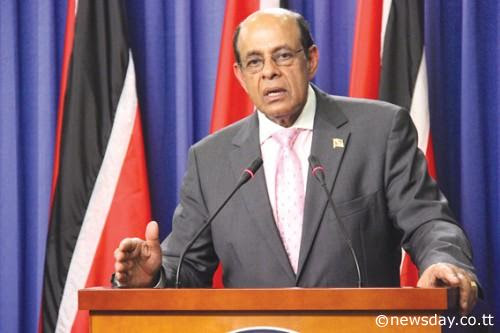 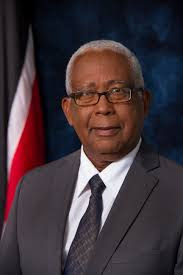