Andrea Parra
0
Spread the word
Former PP Government Minister, Stephen Cadiz, is accusing both Prime Minister Dr Keith Rowley and Finance Minister Colm Imbert of dragging his name through the mud, and he is now exploring all his legal options following allegations made on a PNM political platform in Barataria on Thursday night.
Cadiz said he had a 31-year reputation in his business. “I guard and I really and truly took umbrage to my name being called on a political platform when there is absolutely no merit in what was said.”
Minister of Finance, Colm Imbert, said he had asked the National Infrastructure Development Company (Nidco) for a report on the water taxis and was told that initially Trintrac was retained to maintain the engines, but that contract eventually went to a Venezuelan Company SVF International.
Imbert added, “Out of the blue a Trinidadian company join up with SVF, and made a company called SVF Trinidad and Tobago, they were the local agents to service the water taxis since November 2014.”
Imbert named Tropical Power as a company which Cadiz had founded, saying a red flag had been raised by Nidco with respect to the company that has been maintaining the water taxi engines since November 2014 because Cadiz was Minister of Transport between September 2013 and 2015 and was, therefore, the line Minister for the water taxi service at the time when SVF Trinidad and Tobago, a joint venture, was formed.
Cadiz admitted that the company which he founded is a shareholder with SVF but he said as far as he is aware there was no contract between SVF and any government agency as was claimed by both Imbert and the Prime Minister.
He said, “As far as I am aware all work is done on a call-out basis, on a job by job basis, therefore they are free to use any service company they would want to use.”
Cadiz challenged the Prime Minister “if he is aware there is a contract then I strongly recommend that he produce that contract.”
Cadiz said a there were numerous inaccuracies in what was said on the platform which was “detrimental to the reputation of Tropical Power and therefore we will be dealing with it in due course.”
One of those inaccuracies, he said, related to the Coast Guard fast patrol vessels which Imbert said the SVF Trinidad had the contract to maintain.
He said Imbert should make the contracts issued either by the Coast Guard or the Minister of National Security to SVF Trinidad. 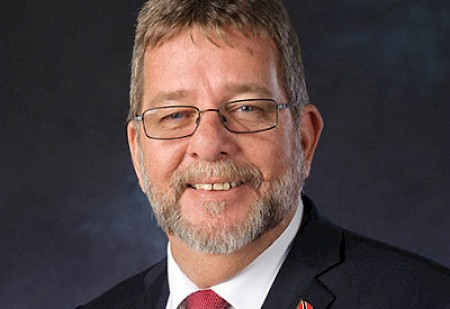