Upon his release, Jagdeo, Leader of the Opposition, said, “This is all a political witch-hunt, it’s as clear as day.”

According to Kaiteurnews, the Special Organised Crime Unit (SOCU) arrested seven persons on Tuesday as the entity continued its probe into the matter.

Those arrested were Jagdeo, former Head of the Presidential Secretariat, Roger Luncheon, former Chairman of the Private Sector Commission, Ramesh Dookhoo, daughter of former President Donald Ramotar and General Manager of Guyana Gold Board, Lisaveta Ramotar, son of former Labour Minister Nanda Gopaul, Dr Gansham Singh, former Deputy Head of the National Industrial and Commercial Investments Limited (NICIL), Marcia Nadir-Sharma and former Minister of Natural Resources Robert Persaud.
They were all accused of “Conspiracy to defraud the State of revenue”.
Jagdeo expressed his views on the arrests at an impromptu press conference held at the Leader of the Opposition’s Office, Church Street, following the arrest of Luncheon who was seated in the boardroom.
According to Jagdeo, the arrest is government’s way of distracting Guyanese from its failings as an administration in every area in the country. Jagdeo said that as a result, the government is presently facing the wrath of PPP supporters and APNU-AFC supporters for not delivering on the many promises made during the 2015 election campaign trail.
“It (APNU-AFC administration) can’t lead this country to a prosperous future. People’s welfare is declining, more and more people are protesting its action. You have people protesting its education policy, now the parking meters and the sugar workers. The country is in economic disarray and we’ve seen a steady and insidious move to erode our constitutional rights.”
Jagdeo said that Luncheon’s arrest will long be remembered as one of the greatest injustices Guyana has seen. The former President said that Luncheon was arrested for a house lot which he received in one of Guyana’s many housing schemes.
He believes that the SOCU investigators have bigger issues which they can direct their attention to instead of investigating how house lots were distributed.
“This Special Organised Crime Unit was set up under the police force with the purpose of supporting the FIU (Financial Intelligence Unit) because APNU claimed that our entire economy was based on drug money.
“Today, one of their henchmen, Eric Phillips, spoke about billions of US dollars lost through the smuggling of gold, 15,000 ounces of gold per week, that’s close to US$1B per year. Yet we have not witnessed in two years of this government a single action taken by SOCU against any drug dealer, against any money launderer, against any person who would have smuggled all of these billions of dollars of gold, but we have seen today the arrest of Dr Roger Luncheon by SOCU, because the government believes that he got a house lot at Pradoville fraudulently.”
Jagdeo explained that several persons were asked to report to SOCU Headquarters on Camp Road. However, lawyers responded, suggesting that the requested PPP members of Parliament would be present at the Leader of the Opposition’s office to facilitate questioning.
Jagdeo said that despite this, SOCU refused that suggestion and maintained that the persons go down to the Camp Road office. Jagdeo said that in different situations, persons were questioned at their homes. He believes, however, that the request for the persons to be at SOCU’s office was as a result of some political directive.
“We have seen this police force…they have gone to people’s homes to take statements in criminal matters, serious criminal matters, but they are refusing in this instance, and I think SOCU has been directed by the Office of the President and (Khemraj) Ramjattan to take this course of action; to arrest several people in the PPP, hoping that they will break our will to fight them, taint the reputations of these people, and then send a message to Guyana that if you can arrest Dr Roger Luncheon, then who else will be safe.”
Jagdeo said that the misuse of the police force and SOCU is one which will be dealt with in the future. According to him, persons will be privately liable for the misuse of their office.
The Opposition Leader was asked why a special privilege should have been given to his members as it relates to a different venue for questioning. To this he responded that there is nothing which states a person must go to a police location to give statements.
“In light of the fact that we see this as a charade, a witch-hunt, that is why we wanted to make sure that it is done in an area where the people can see attempts to prosecute a witch-hunt against our members. We don’t want it to be done in the confines of a closed place; we want all the questions they asked be made public.”
Further, Jagdeo said that when the PPP members were issued letters from SOCU they were not aware that there was an offense. “We were not told; it said you are invited for an interview at SOCU.” According to Jagdeo, Lisaveta Ramotar visited SOCU for the interview and was subsequently arrested.
Jagdeo went on to say that some of the police officers are apologetic to the extent that they had called members of the PPP saying that the pressure is not coming from them but rather from the Ministry of the Presidency.
It was in October 2015 that the State Assets Recovery Unit completed a report which revealed that in 2010 President Bharrat Jagdeo and his Cabinet authorized the National Industrial and Commercial Investments Limited (NICIL) to privatize state lands.

It was reported that $200M was spent to prepare the Sparendaam seafront estate. Certain recipients reportedly paid a meagre $1.5M for one lot which is valued considerably higher. 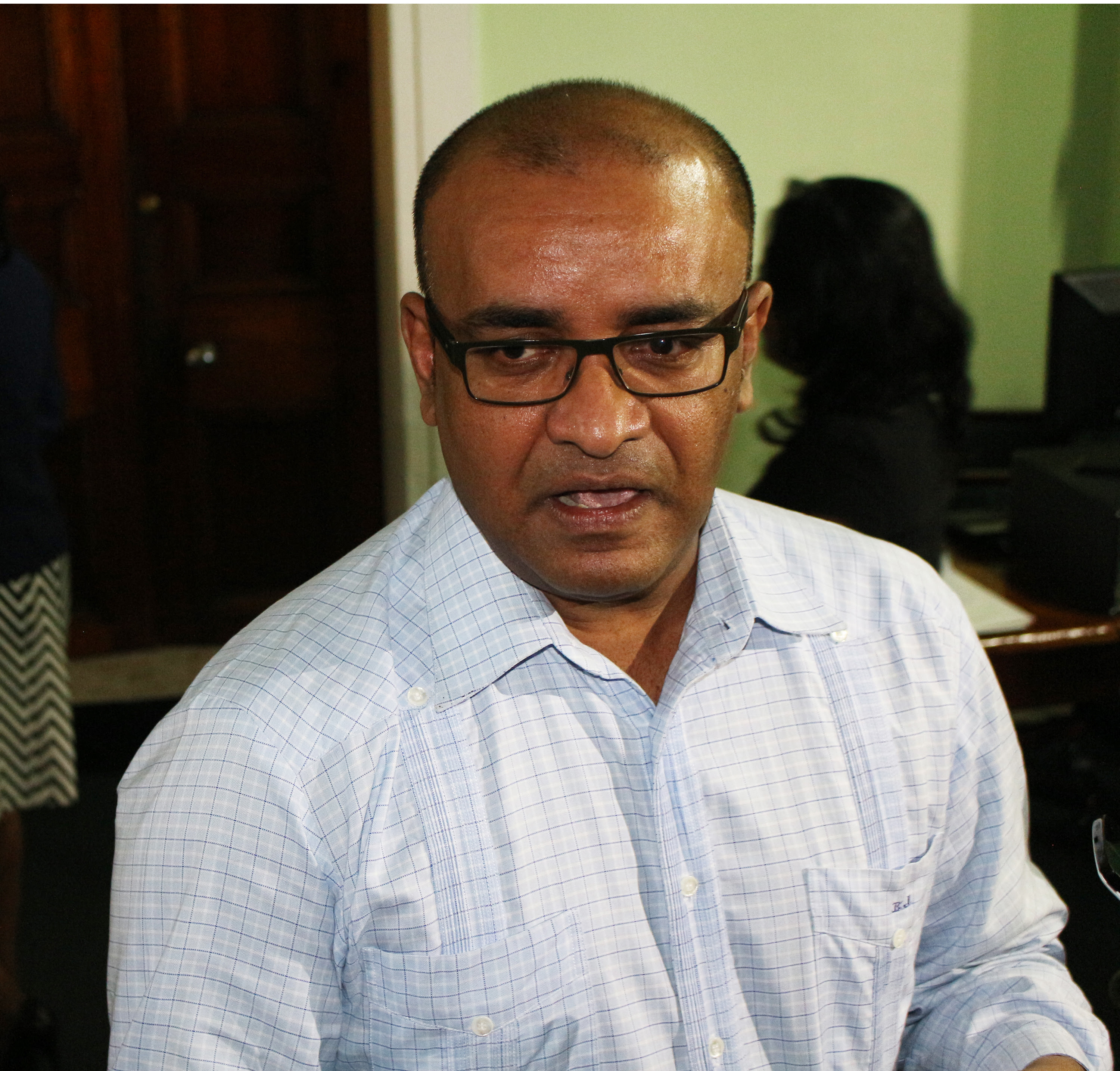