Andrea Parra
0
Spread the word
Abdul Kadir, who was arrested in Trinidad in 2007 for plotting to ignite fuel tanks and pipelines at the JFK International Airport, New York, died in prison in the United States last Thursday.
Kadir, a former Member of Parliament and Mayor in Guyana, was 66, and  was serving a life sentence on his 2010 conviction.
No cause of death was given in the prison authority filing to Brooklyn Federal Judge Dora Irizarry.
“The cause of death is under investigation at this time,” said the alert, which was faxed Thursday, the day Kadir died, and publicly filed Monday.
Prosecutors said a man named Russell Defreitas cooked up the bloodthirsty plan and recruited Kadir around 2006 or 2007. Still, an informant had eyes on Kadir, Defreitas and others early on in the plot.
After a trial that lasted more than two months, Kadir and Defreitas were convicted in July 2010.
Both received life sentences. Defreitas, 74, is locked up at a high-security prison in Terre Haute, Indiana, according to the Bureau of Prisons.
Judge Dora L. Irizarry sentenced Kadir to life in prison for
conspiring to attack John F. Kennedy International Airport in Queens,
New York, by exploding fuel tanks and the fuel pipeline under the
airport.
Kadir and his co-conspirators believed their attack would cause extensive damage to the airport and to the New York economy, as well as the loss of numerous lives.
A federal jury convicted Kadir and co-conspirator Russell Defreitas in
July 2010, after a nine-week trial. A third defendant, Abdel Nur, pleaded guilty before trial to supporting the plot and faces a sentence of up to 15 years.
A fourth member of the plot, Kareem Ibrahim, of Trinidad, was also
convicted and jailed. He died in prison in the US in 2016.
The evidence at trial established that Defreitas, a naturalized United States citizen from Guyana, originated the idea to attack JFK Airport and its fuel tanks and pipelines by drawing on his prior experience working at the airport as a cargo handler. During multiple trips to Guyana and Trinidad in 2006 and 2007, Defreitas recruited Kadir and others to join the plot.
Between trips, Defreitas engaged in video surveillance of JFK Airport
and transported the footage back to Guyana to show Kadir and their
co-conspirators. Kadir, a trained engineer with connections to militant
groups in Iran and Venezuela, provided the conspirators with links to
individuals with terrorist experience, advice on explosive materials, and a bank account through which to finance the terrorist attack.
The members of the plot attempted to enlist support from
prominent international terrorist groups and leaders, as well as the
government of Iran, including Abu Bakr, leader of the Trinidadian
militant group Jamaat Al Muslimeen, and Adnan El Shukrijumah, an al
Qaeda leader.
At trial, Kadir admitted that he regularly passed information to Iranian
authorities about sensitive  topics, including the Guyanese military, and believed himself bound to follow fatwas from Iranian religious leaders.
On June 2, 2007, Kadir was arrested in Trinidad aboard a plane headed to Venezuela, en route to Iran.
He was subsequently extradited to the United States.
The specific charges Kadir was convicted of were: conspiracy to attack a public transportation system, in violation of 18 U.S.C. § 2332f; conspiracy to destroy a building by fire or explosive, in violation of 18
U.S.C. § 844(n); conspiracy to attack aircraft and aircraft materials, in
violation of 18 U.S.C. § 32; conspiracy to destroy international airport
facilities, in violation of 18 U.S.C. § 37; and conspiracy to attack a mass transportation facility, in violation of 18 U.S.C. § 1992(a)(10). 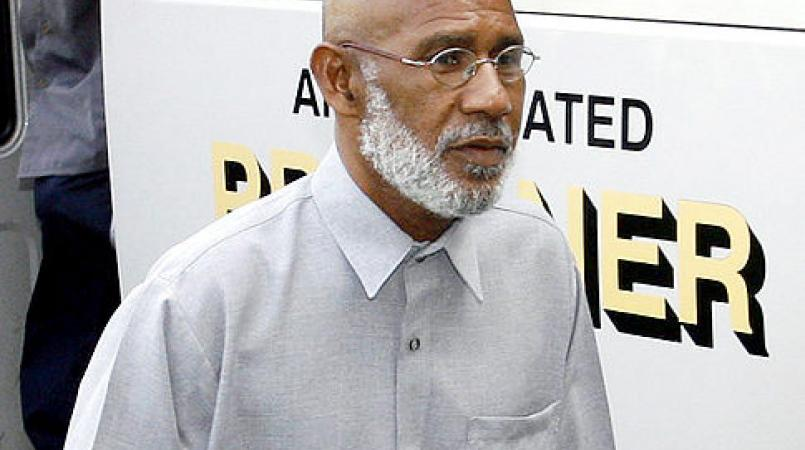 Breaking News
The man who brought out the 1 percent term …”DEATH OF ANTHONY BOURDAIN?”