The plan by Attorney General Faris Al Rawi to move committal proceedings in indictable matters away from a Magistrate and place in the hands of the Director of Public Prosecutions (DPP), will fail from the very start.

Plus, the idea of the AG to drop the three-fifths majority rule from the Indictable Offences (Pre-Trial Procedure) Bill 2017, is bound to end up in the constitutional courts of Trinidad and Tobago.

For the politicians who are not aware (and the AG should be aware), the issue of preliminary inquiries has been a troublesome burden on the judicial system for years. Over the last ten years, it has gotten worse and many Governments have tried to deal with preliminary inquiries without success.
Magistrates throughout this country have had to deal with thousands of cases, from summary offences to indictable matters such as murder, kidnapping, shooting, and possession of firearms, to name a few.
Summary cases take a long time to be determined. Murder inquiries take at least six years to be completed and then sent to the High Court for trial. The magistrate remains the sole authority in determining if there is a case to be sent to the High Court for trial. Nobody else.
Now comes the brilliant Attorney General, seeking to remove the Magistrate from the picture and putting it in the hands of the DPP.

The Office of the DPP, as it stands today, is woefully helpless in all areas. Apart from being very understaffed and inexperienced, the DPP’s office takes too long to determine all kinds of requests for advice.
There are a lot of inexperienced lawyers in that office. Those who are experienced, carry a heavy burden and do not attract a successful track record. In other words, they cannot win cases like in the days of Rangee Dolsingh, Anthony Carmona, Mark Mohammed, and Dana Seetahal.
Now the brilliant AG wants to put the committal proceedings in the hands of the Office of the DPP. They have a year in which to review papers to submit to the High Court for trial. If they fail to act within that year, an accused person can apply to the court to have his case dismissed.
Based on the track record of the Office of the DPP, there will be hundreds of applications for dismissal While DPP Roger Gaspard may be an astute person, he leads a department which needs an injection in life.
In high profile cases, the DPP turns to outside help to prosecute. And it become very expensive whether the State wins or loses.
Look at the last high profile case. The murder of Xtra Foods CEO, Vindra  Naipaul-Coolman. The State hired three expensive Senior lawyers in Israel Khan, Dana Seetahal, and Gilbert Peterson. The trial lasted three years, so picture the size of the legal bill. Seetahal was killed during the trial.
What was the end result? Ten were eventually freed, one was killed trying to escape from jail, and two others received a re-trial.
Look at the Dole Chadee trial in 1996. The prosecution team was led by English QC, Timothy Cassel who represented the DPP’s Office all the way to the Privy Council in 1999.
What about the two preliminary inquiries into the Piarco Airport corruption case? It has been on going since 2004 and it hasn’t reach trial yet. There may be a case for inordinate delay. Expensive English lawyers were hired to prosecute because the DPP’s Office cannot handle it.
So the DPP’s Office is hamstrung – lack of resources and experience. So how would this office, presently constituted, handle paper committals. The lawyers would need to review all the evidence presented to them. That would mean waiting on the police to supply the file, then for the DPP to go through the evidence, and for a decision to be taken whether to commit or not.
We know the speed of the DPP’s Office which is sitting on a number of high profile cases over the last five years.
So removing the paper committal rule from the Magistrate and putting it in the hands of the Office of the DPP, can only lead to chaos and will further bruise an already battered judicial system. 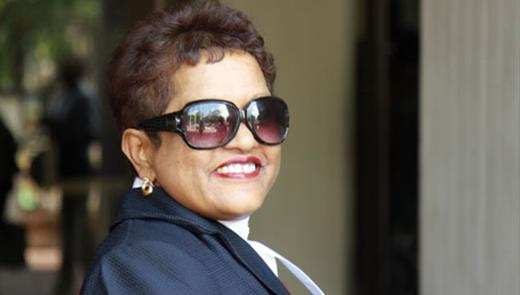