Andrea Parra
0
Spread the word
There is a saying that “pressure does burst pipe.”
That’s exactly what happened on Monday when Attorney General Faris Al Rawi bowed to pressure and put a hold on a series of bills which impact on the administration of justice.
Al-Rawi is giving the Law Association until Friday to submit its comments on proposed amendments to increase the number of judges to 69.
Al-Rawi reprimanded the Law Association for its very late response on the matter.
He added, “The progress of reform of the law depends on people acting with diligence.”
His decision to allow the association the extra time to deliver comment caused the Senate to end earlier than usual on Monday since the proposed bill could not be debated as planned.
The proposals pertain to 13 categories of law concerning the functionality of the judicial system as well as to protect and aid children. He said the proposals will increase the number of judges from 49 to 69.
He said there are 29,000 preliminary inquiry matters waiting for trial, 143,000 cases in the Magistrates’ Courts annually—including 50,000 for traffic offences—and it costs $25,000 a month to provide for a prisoner.
Al-Rawi said he was called by the media last Friday on the association’s response on the bill and saw the letter subsequently from the lawyers’ body.
He said the association called for stakeholder consultations and that Government should note its concerns on other proposed law.
Al-Rawi said the Parliament works on an agenda and the association knows this is a public arena.
Al Rawi stated, “We wrote the LATT on umpteen occasions where they have just simply not responded to a request for consultation.”
He said it was only to ensure that people’s requests to have their day in court were heard and ensure the system was improved that he would give the association until July 6 to fulfill its promise to comment on the bill.
When the Parliament resumes after recess in the first two weeks of September, members would then deal with the bill. 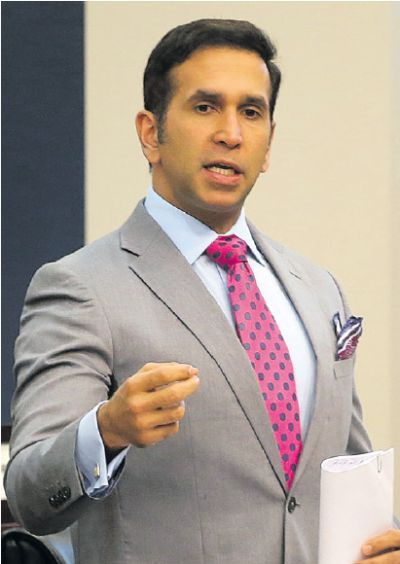