Exactly 20 years after Ato Boldon won gold in the 200 metres at the IAAF World Championships, comes Jereem Richards on a cold night in London.

Richards, 23, won bronze in the event in a blazing rush to the finish line. It was a photo finish with Richards barely missing out on gold.

Richards did not get the good start as he did in the preliminaries and semi-finals, but he opened up in the stretch and came close to gold.

Richards, who faced the starter in lane seven, overcame a wet track, caused by occasional rain, to cross the finish line in 20.11 seconds, the same as pre-race favourite, Wayde Van Niekerk of South Africa, while Turkey’s Ramil Guliyev captured gold in 20.09.

However, in the photo-finish, Van Niekerk, the World and Olympic 400m champ, was .106 of a millisecond while Richards was .107.

On Thursday, Walcott, who featured in the second group of the preliminary round phase, registered a throw of 86.01 metres, behind Czech Republic’s Petr Frydrych who had a mark of 86.22m. Andreas Hoffman of Germany was third with 85.62m.

In the first group, Johannes Vetter of Germany had the best distance thus far of 91.20m, ahead of Tero Pitkamaki of Finland (85.97m) and Ahmed Bader Magour of Qatar (83.83m).

Semoy Hackett finished seventh and last in the second, of three semi-final races, in the women’s 200m. Hackett completed the race in 23.54 seconds, with Shaunae Miller-Uibo of the Bahamas (22.49) and United States’ Kimberlyn Duncan (22.73) qualifying.

Other participants were Mujinga Kambundji of Switzerland (23.00), Simone Facey of Jamaica (23.01), Edidiong Odiong of Bahrain (23.24) and Bianca Williams of Great Britain (23.40), while Brazil’s Rosangela Santos was disqualified. 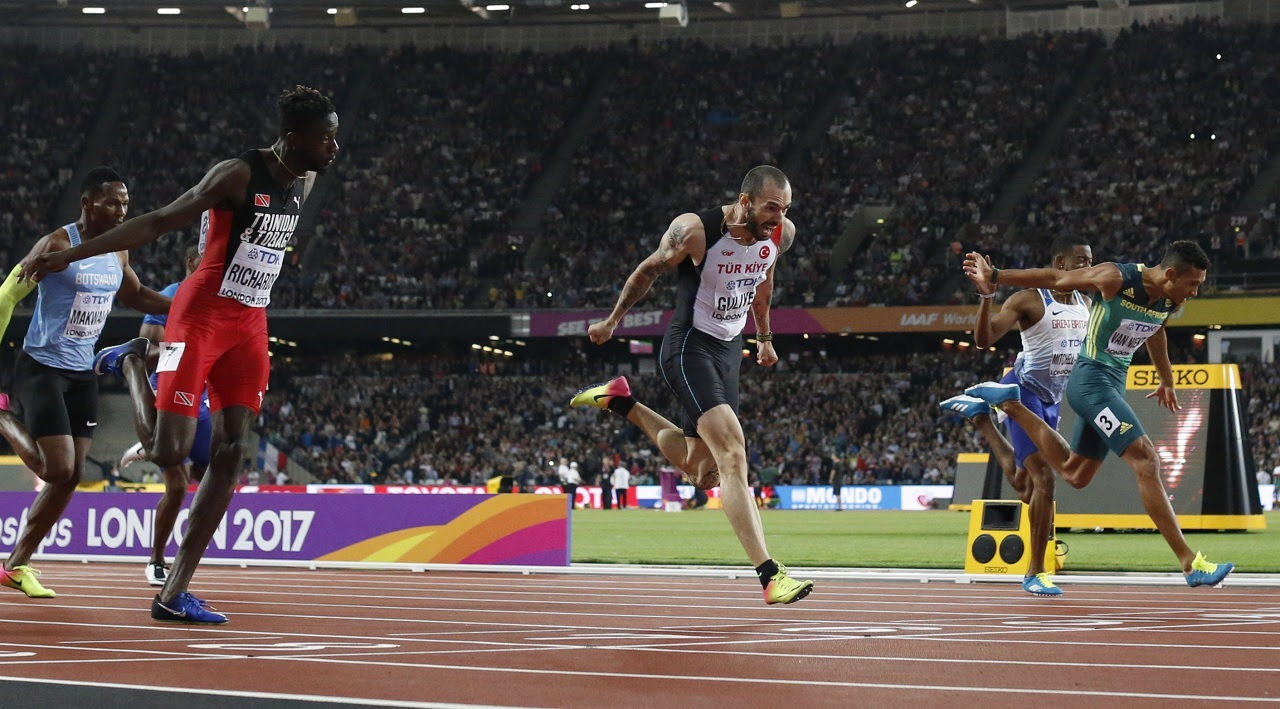 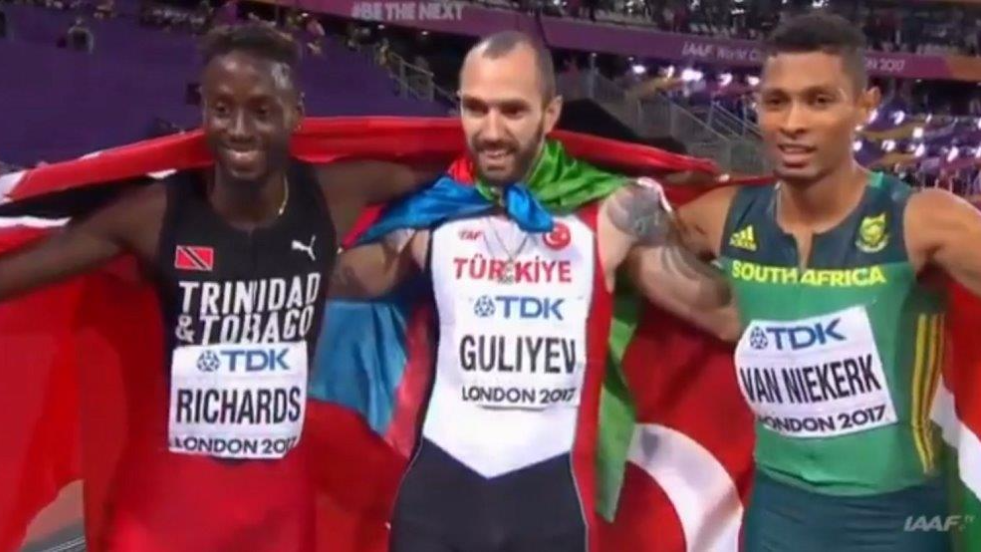