Andrea Parra
0
Spread the word
Two AK-47 rifles, a semi-automatic shotgun with a scope, a Glock 19 pistol, one Glock 17 pistol, and quantities of magazines, ammunition and marijuana, were seized by officers of the Western Division Task Force, during an anti-crime exercise in the Diego Martin on Wednesday.
Several pieces of camouflage and police operational clothing and a bulletproof vest were also discovered.
Two men were detained. A 23-year-old Diego Martin man was searched at Riverside Road, La Puerta, and found with a Glock 17 pistol.
Officers also stopped and searched a 41-year-old man who was carrying a Glock 19 pistol and a quantity of marijuana in a knapsack.
At an abandoned building in the district, officers found two rifles, the shotgun, two magazines, 13 rounds of 12 gauge cartridges, 46 rounds of 9mm ammunition, a quantity of marijuana, the bullet-proof vest and the camouflage and operational clothing.
The drug seized during the exercise weighed a total of one kilogramme and has a street value of $10,000. 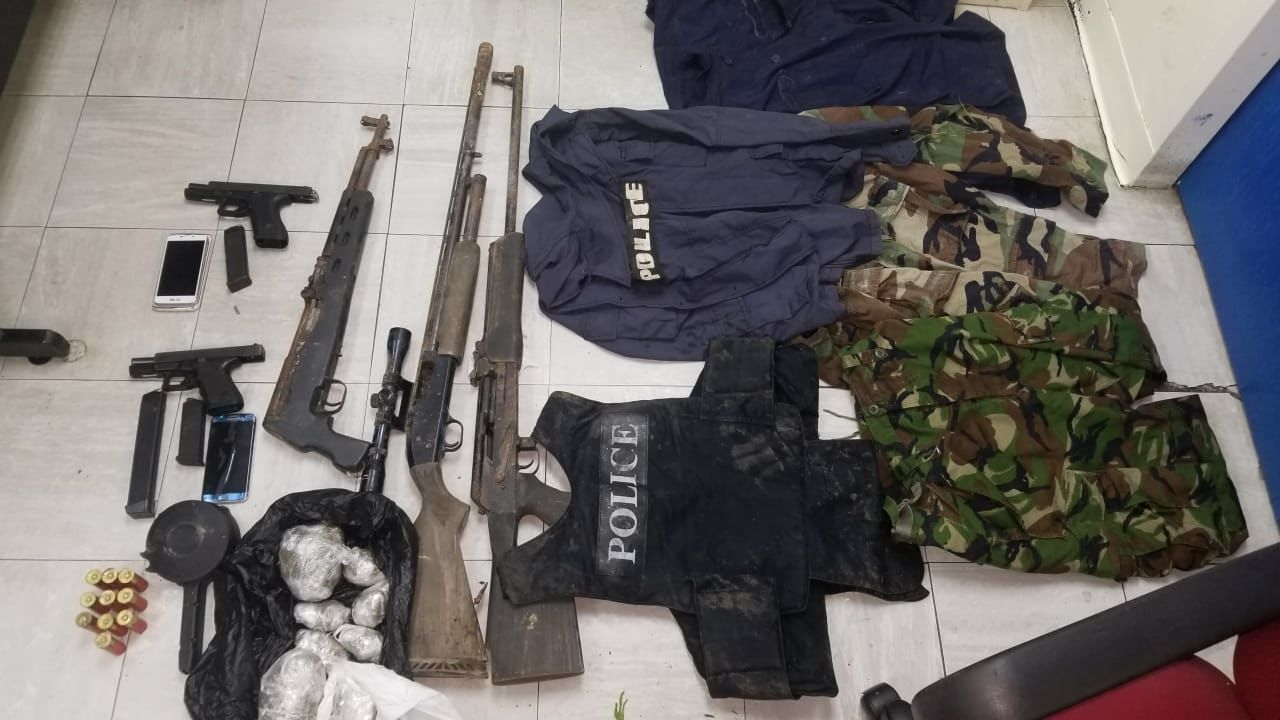